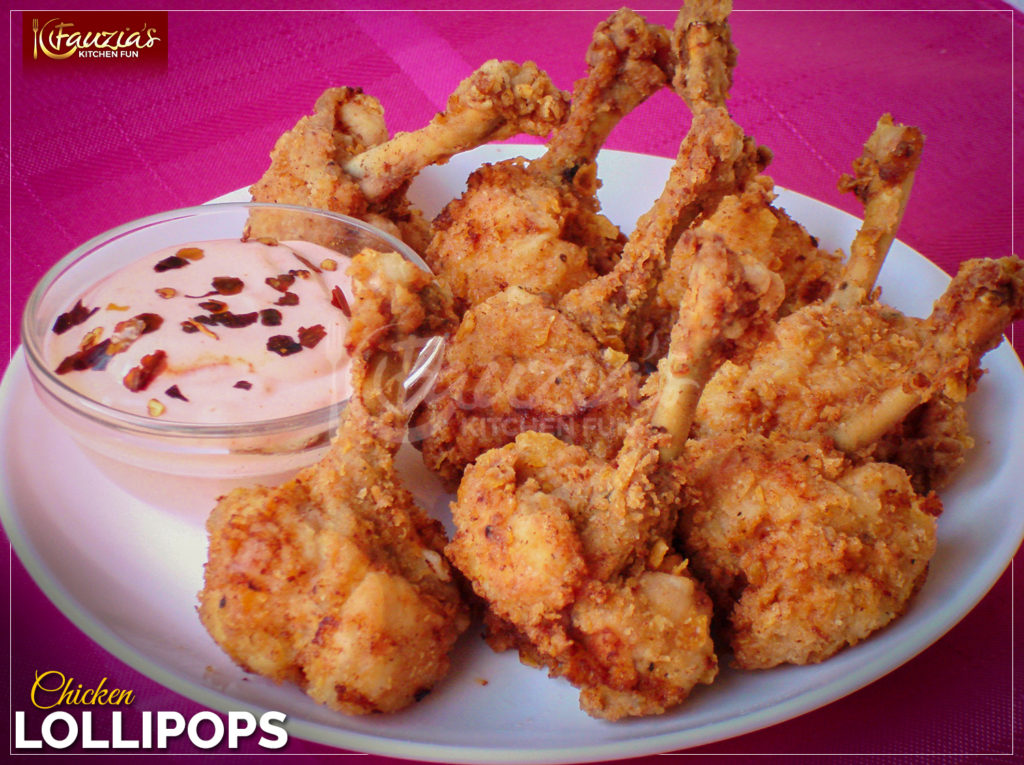 Chicken lollipops are a fun way of enjoying chicken wings. They are a firm favourite with most kids as they are so handy to munch on. Serve them with ketchup or a dip and a side of fries for an enjoyable and fun treat!

Clean the chicken wings, remove and discard the small tip of the wing and then split each wing at the joint to form the drummette piece and the flat piece. Each wing will therefore give you 2 lollipops.

Take the drummette piece (the top part of the wing that looks like a small drumstick). With a small sharp knife, scrape the meat off the bone from the bottom, lifting and pulling it upwards so that the bone part is exposed and all the meat is bunched at the top. Repeat this with all the drummettes.

Next take the flat piece (the middle part of the wing which has 2 small thin bones). Scrape the meat off the bone, rotate and pull the meat upwards. Then pull out the smaller of the two bones so that only one bone is left to make it resemble a lollipop. It will be a bit smaller than the drummette lollipop. Repeat will all the flat pieces.

Now put these prepared lollipops in the marinade ingredients and refrigerate for 2 hours or up to overnight.

When ready to fry them, remove the lollipops from the marinade and shake off the excess (do not wash it off). Beat the egg in a bowl with the milk and chilli sauce. Mix the flour, cornflour and baking powder in a plate  (season this with salt and pepper) and the breadcrumbs in a separate plate.

Roll the lollipops one at a time in the flour mixture, then dip them in the egg mixture and lastly coat them with breadcrumbs.  For a crispier coating, you can give them a second coating by dipping them in the egg and then the breadcrumbs again.

Set them aside for about 10 minutes to rest. This helps the coating to adhere/stick to the chicken.

Heat oil in a deep pan and fry the lollipops a few at a time on medium low heat until golden. This would take around 10 minutes. Remove onto some paper towels to drain off any excess oil. Serve with a dip of your choice or ketchup.