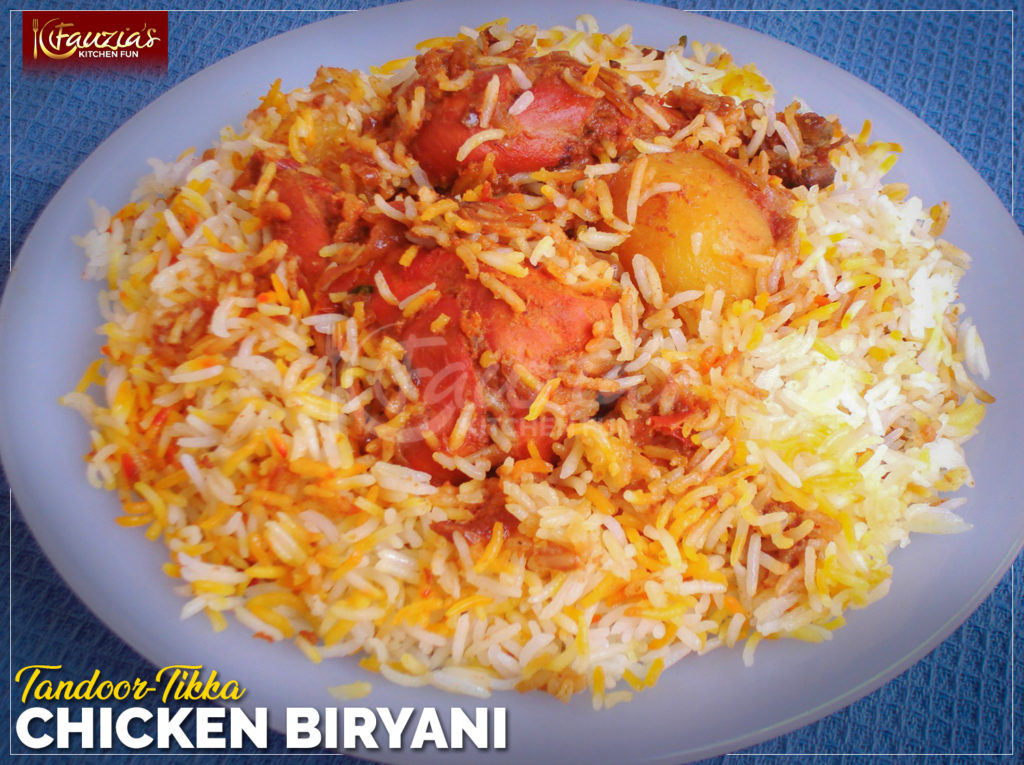 Mix all the Tikka ingredients to form a marinade. Then make 2-3 deep slits on each piece of chicken, apply the marinade on them. The slitting ensures that the flavour from the marinade goes all the way into the chicken, and also helps with quick and even cooking. Refrigerate covered preferably overnight for best results, but even up to 4-6 hours is ok.

You can taste the marinade before adding your chicken and adjust salt/chilli. Remember that it needs to be a bit salty because the chicken is without salt and it will go into that marinade, so don’t leave the marinade bland. If you prefer a more vibrant colour, add a few drops of food coloring and mix well.

Bbq the chicken on a grill over hot coals, using low heat to ensure the chicken is cooked through. Make sure you oil the grill so that the chicken doesn’t stick, and turn the pieces over every few minutes to get all sides equally done.

Alternatively you can grill in an oven. Pre-heat oven at 200 C. Place the chicken pieces on an oiled oven grill & keep an oven tray underneath to catch any drippings which will be used later in the sauce. Grill the chicken pieces on both sides, for about 10 min per side or until slightly charred. You can then smoke the pieces of chicken by putting all the chicken pieces in a deep dish, lighting a piece of coal and placing it on a piece of foil in the centre of the dish, then add a few drops of oil to the lit coal and cover the dish so that the smoke is retained inside and gets absorbed by the chicken. Open the dish in 2 minutes and discard the coal and piece of foil.

Reserve the marinade and drippings, they will be added to the biryani’s gravy.

Heat the oil in a deep pot then add the whole spices (cinnamon, cardamom and cloves) followed by the fresh tomatoes and half the green chilli. Cook until the tomatoes are dry, then add half of the remaining fried onions (reserve a handful for later). Add the garlic and ginger pastes, followed by the tomato paste. Sprinkle salt, cumin, chilli, turmeric and coriander powders. Cook together until the oil is released from the sides. Then add the whipped yoghurt and the reserved marinade as well as the drippings from the chicken and cook until the gravy is thick and cooked through. Sprinkle the sugar and mix well.

Next, add some water (about half cup…just enough to immerse the chicken pieces in). Once the water simmers, reduce the heat to low and then gently add the grilled chicken. Cover and simmer on low heat to cook the chicken through. Every once in a while, open the pot and gently swirl everything together or stir gently with a flat spoon so that the gravy coats the chicken and they get turned over so that they may cook evenly on all sides. This should take about 10-15 minutes.

Once the chicken pieces are fully cooked, adjust salt, add the remaining chopped green chilli, garam masala and chopped coriander. Add the potatoes if you want to use them in the recipe and stir them in.

Put half the rice back into the pan, add the tikka masala on top of it, sprinkle the handful of reserved fried onions and some chopped fresh coriander, and add the remainder of the rice to cover the masala. Then drizzle about 2 tbsp. of oil and the saffron water. Add a bit of orange colour on one side and mix it up a bit with a spoon and cover the pot tightly. Steam this on low heat for 15 minutes or put in a 180 C preheated oven for about the same time. Serve hot!